1 node(s) had taints that the pod didn't tolerate Solved 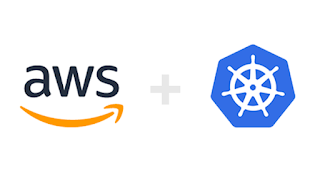 1 node(s) had taints that the pod didn't tolerate.

Error : 1 node(s) had taints that the pod didn't tolerate

have you faced your pod in pending state while deploying new pod and not running ? the problem is your pod not able to schedule on worker node. there are many resons. Nodes not ready, pod not ready or unsuffciant resources it's because taint.

Solution : you can remove taint using below command. it will deploy your pod direct on master node instead of your worker.

Image source certbot I got this error while configuring SSL on my website using certbot. So here is the steps which i used to resolve this `Another instance of Certbot is already running` error. Error  : Another instance of Certbot is already running certbot --server https://acme-v02.api.letsencrypt.org/directory --manual --preferred-challenges dns --installer nginx -d *.vishalvyas.com Another instance of Certbot is already running Reason  : when you run certbot form your machine and unexpectedly stop the command, Then cert bot is not running but it left some .certbot.lock files behind.You need to kill the certbot instance form your machine. Solution  : Run the below command to find killed certbot. find / -type f -name ".certbot.lock" You can see result of the command, If there are, you can remove them. Run below command to remove them. find / -type f -name ".certbot.lock" -exec rm {} \; And try again. Hope your problem is resolved. Yo

Ansible is a automation tool which is widely used, you can install and install, configure and manage number of system and services remotely. you can install software and manage services and tasks without needing manually log in to each servers. you have to install ansible in one machine and use ssh to communicate host each other. Ansible Ansible playbooks Ansible uses Playbooks which is written in YAML format. it's uses module base format. with playbook can run multiple tasks at time and provide more advance functionality, YAML file always start with "---" syntax. In this article we will see how to install and configure apahce2 using ansible YAML script. Master server : 10.80.253.11 [Ansible server, ] Slave 1 : 10.80.253.12 [need to install apache2 in slave 1] Slave 2 : 10.80.253.13 [need to install apache2 in slave 2] We need to configure slave server info in our ansible configuration file, click here to know how to add client machine to ansible.