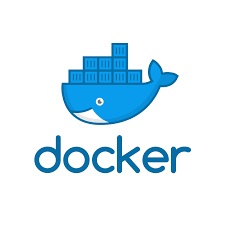 In the previous article we have shown that how to install docker service in linux server, Now in this article i will explain some useful docker command which we are using daily basis.

1. Use docker command to search for nginx image, it will show the list of all availible nginx image from dockerhub.

2. Use docker command to download the nginx image, , it will search images first in your local machine, if image is not availible in local machine then it will download image from docker machine. 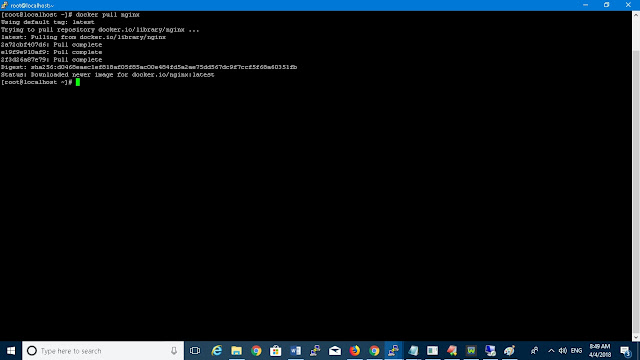 3. to check image is download or not. below command will show you all downloaded images of your local machine.

4. Use docker command to remove an image


Now we will create a container from an image,

Image: images are like a code we can download and run it.
Container : It's execute code and providing service, Running instance of an image is known as a container.


5. Use docker command to run the nginx image, we will also map it's port 8080 of instance to port 80 of container.

Now we will check the nginx service run or not from browser, using Yourip:8080 , great it is working fine. 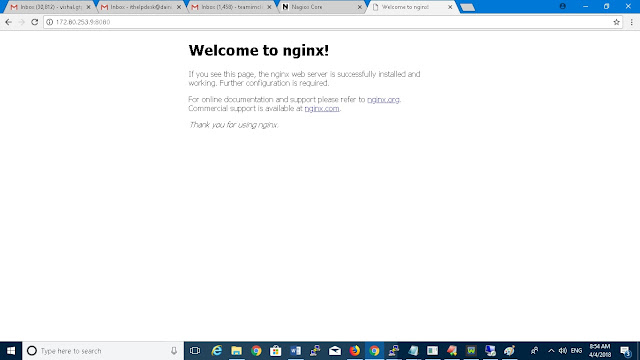 6. Use docker command to list all running & stopped containers

7. Use docker command to connect to a running container

Where -t means Terminal TTY and -i means Interactive


8. Use docker command to remove running of stopped container. you will have to first stop the container and then you can able to delete docker container.


9. to Kill one or more running containers.

10. To Start one or more stopped containers.

11. To Stop one or more running containers

So we have learn all docker useful commands here . If you want to practice all commands and you dont have any machine then below website is very cool for the practice docker online, it will provide complete docker machine for 4 hours for practice and you can create maximum 5 nodes there. 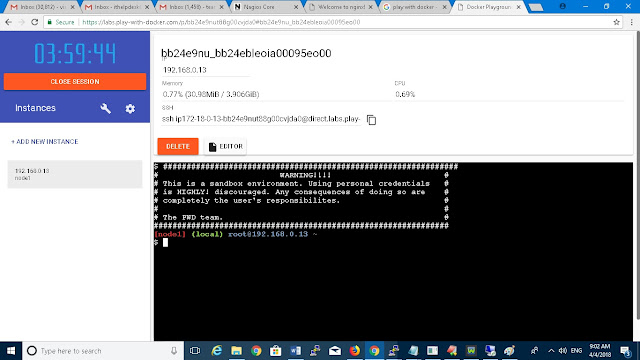 Thanks, next article i will explain more docker commands and some services which we can run from docker.

Image source certbot I got this error while configuring SSL on my website using certbot. So here is the steps which i used to resolve this `Another instance of Certbot is already running` error. Error  : Another instance of Certbot is already running certbot --server https://acme-v02.api.letsencrypt.org/directory --manual --preferred-challenges dns --installer nginx -d *.vishalvyas.com Another instance of Certbot is already running Reason  : when you run certbot form your machine and unexpectedly stop the command, Then cert bot is not running but it left some .certbot.lock files behind.You need to kill the certbot instance form your machine. Solution  : Run the below command to find killed certbot. find / -type f -name ".certbot.lock" You can see result of the command, If there are, you can remove them. Run below command to remove them. find / -type f -name ".certbot.lock" -exec rm {} \; And try again. Hope your problem is resolved. Yo

Ansible is a automation tool which is widely used, you can install and install, configure and manage number of system and services remotely. you can install software and manage services and tasks without needing manually log in to each servers. you have to install ansible in one machine and use ssh to communicate host each other. Ansible Ansible playbooks Ansible uses Playbooks which is written in YAML format. it's uses module base format. with playbook can run multiple tasks at time and provide more advance functionality, YAML file always start with "---" syntax. In this article we will see how to install and configure apahce2 using ansible YAML script. Master server : 10.80.253.11 [Ansible server, ] Slave 1 : 10.80.253.12 [need to install apache2 in slave 1] Slave 2 : 10.80.253.13 [need to install apache2 in slave 2] We need to configure slave server info in our ansible configuration file, click here to know how to add client machine to ansible.